Okay, I liked this game a lot and I have a lot of things to say and it was kinda long (50ish hours) so a short review wouldn't suffice and yes there has been plenty of talk about this Triple A but since I am a fanboy I want to write a little more than usual about this game. And when I say that I am a fanboy, I don't mean it as "I am a Kojima fanboy", since I think that Snatcher was pretty lame; but as "I am a Metal Gear Solid V" fanboy because I fucking loved the gameplay and how good everything about it felt. I was expecting pretty much the same from Death Stranding and here we are. I already wrote about some of my experiences on my Twitter and I also made a small review on my  backloggd . I will not include spoilers, so feel free ahead to read even if you have not played the game.

Death Stranding (2019) is a new franchise by Hideo Kojima, after years and years of writing Metal Gears (RIP P.T.). Again, I will not talk about the Kojima-Konami relationship here since that topic has been discussed for long enough. I just want to state that I'm kind of glad that Kojima started doing something completely new, having to develop story and characters from scratch instead of having to nitpick and force the game stories around Big Boss/The Boss' characters. The author's intent was getting this game as close as a movie as possible, so I wouldn't ask for a Death Stranding 2 either because it was quite enjoyable and everything felt tied from start to finish so instead of having unnecesary recycling to give it a sequel I'd rather have, if you allow me to keep the film lingo, something new from the same director.

But as I initially said I am not here for the plot, I was here for the gameplay. And the gameplay loop is pretty simple, you are supposed to carry some cargo and maybe personal belongings from one place to other taking whichever way you want to for reaching your destination, it is as simple as that. You will have to avoid possible damages caused for various reasons such as getting wet by rain, dropping it on the way, getting robbed by bandits or just muddied with tar. The playability felt pretty much like the one in Metal Gear Solid V, but with less emphasis in shooting/infiltration. After all, you are just a courier but instead of carrying a Diamond Chip you are carrying your Fallout New Vegas average fan with you: a baby which will laugh at you tripping on rocks, cry like a bastard if you end up falling and help you on the stealthy parts of the game.

On release, game received mixed reviews, currently (20200720) it has a 82 Metascore and 7,2 User Score on Metacritic; and it is usually referred to as a "walking simulator". Were they right? Well, they were partially right because you can also ride motorbikes, trucks and zip-lines. But if we consider "walking simulator" as "the only thing that you do is walk around without doing anything else" then they are completely right. Is that bad? Not for me. I wish that going from one place to another in real life was as rewarding or as challenging as it is on Death Stranding. And yes, you probably guessed right, I fucking hate going for walks in real life...but I think that I would need someone else other than me to review my life because I might be a little biased about it.

Luckily, the game allows you to build several structures to make the travelling less painful and this is where the fun starts: these structures are shared with other 250 players and they will share your structures with you. You are not alone on this dog gone Earth, you will have fellow travellers to help you via signs, buildings or resources in times of need; and you can do the same for them. But for this to happen, you have to reach your destination first so no cheating and no help for your first travel. You will also be able to build zip-lines or rebuild roads (by dumping a proper load of materials) to give a good middle finger to the walking parts. Do you remember when I defined the travelling as "rewarding and challenging"? Neither do I, because I value comfort and time more than these two things. And when you can deliver packages in 2 minutes riding your truck instead of wasting way more travelling by foot through a rocky valley, you also get a refreshing feeling of accomplishment. Man, thank god I got those long-ass road working all over America so I could beat this game in 50ish hours and not on 60. Thank god I turned this walking simulator into Euro Truck Simulator 3 due to my exploration, deliveries and material collecting. The world-building that I was able to enjoy and perform during the game's duration felt real nice and being able to share the content from and with other people was also really good. You will be able to find signs and toadstools from others on the most remote places of this America. 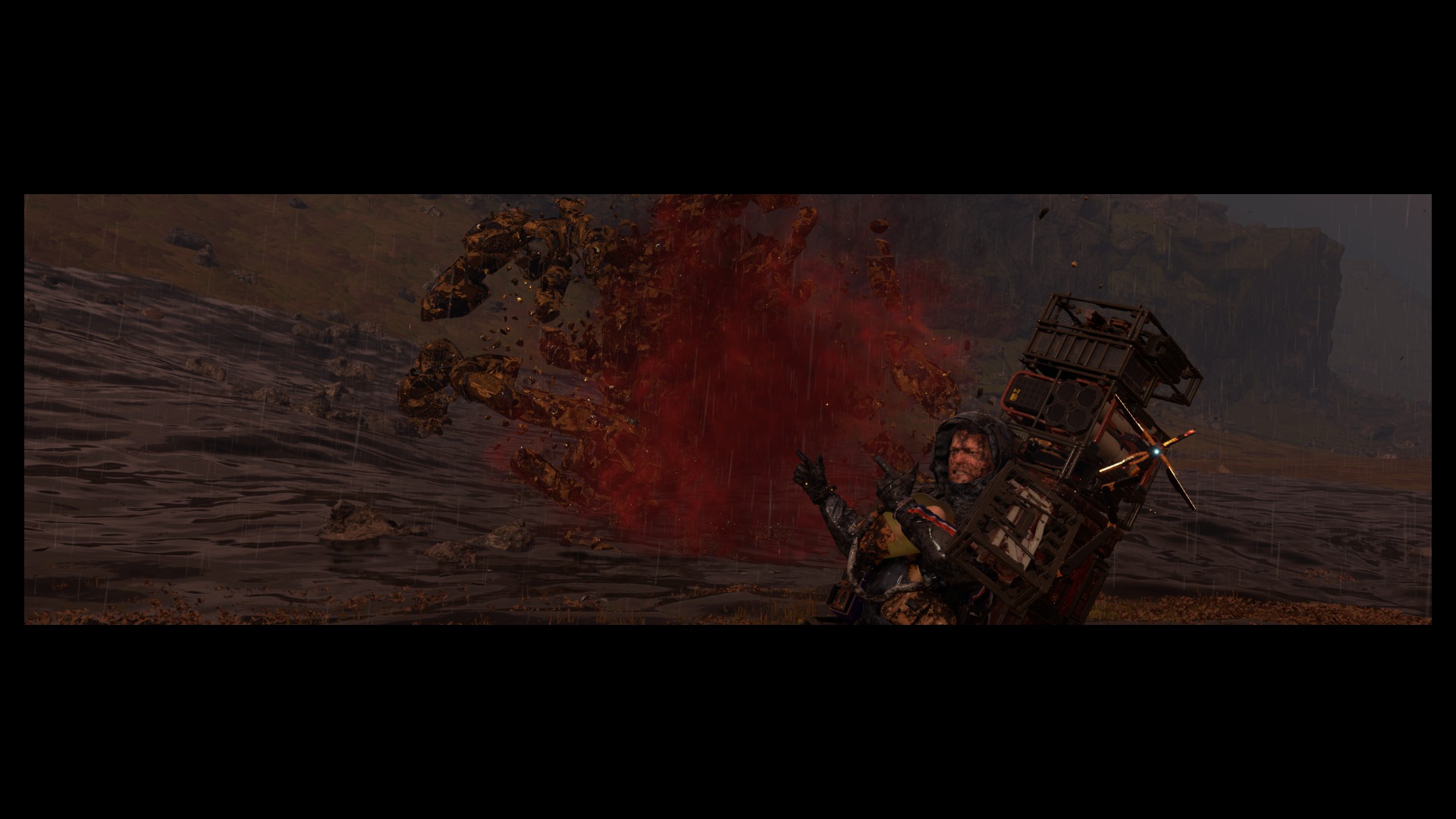 Some main quests can be confusing at times, there are some parts on which the objectives did not really feel clear to me: I tried to fight when I was supposed to flee and viceversa, and on some parts on which you are supposed to be at one place I could not see the marker on the map because it was too cluttered. Early exploration is not properly rewarded either, I decided to climb a mountain without proper gear just to find a building on which I couldn't do anything because it was tied to the main story and I had to leave and climb back there later. Damn that felt lame. Also the last areas (which also lacked roads) and ending felt a little rushed. Oh, and the fighting is simple, but I do not think that the MC knows anything about CQC. But again, this paragraph is just little nitpicking over an amazing and hooking early-midgame experience. 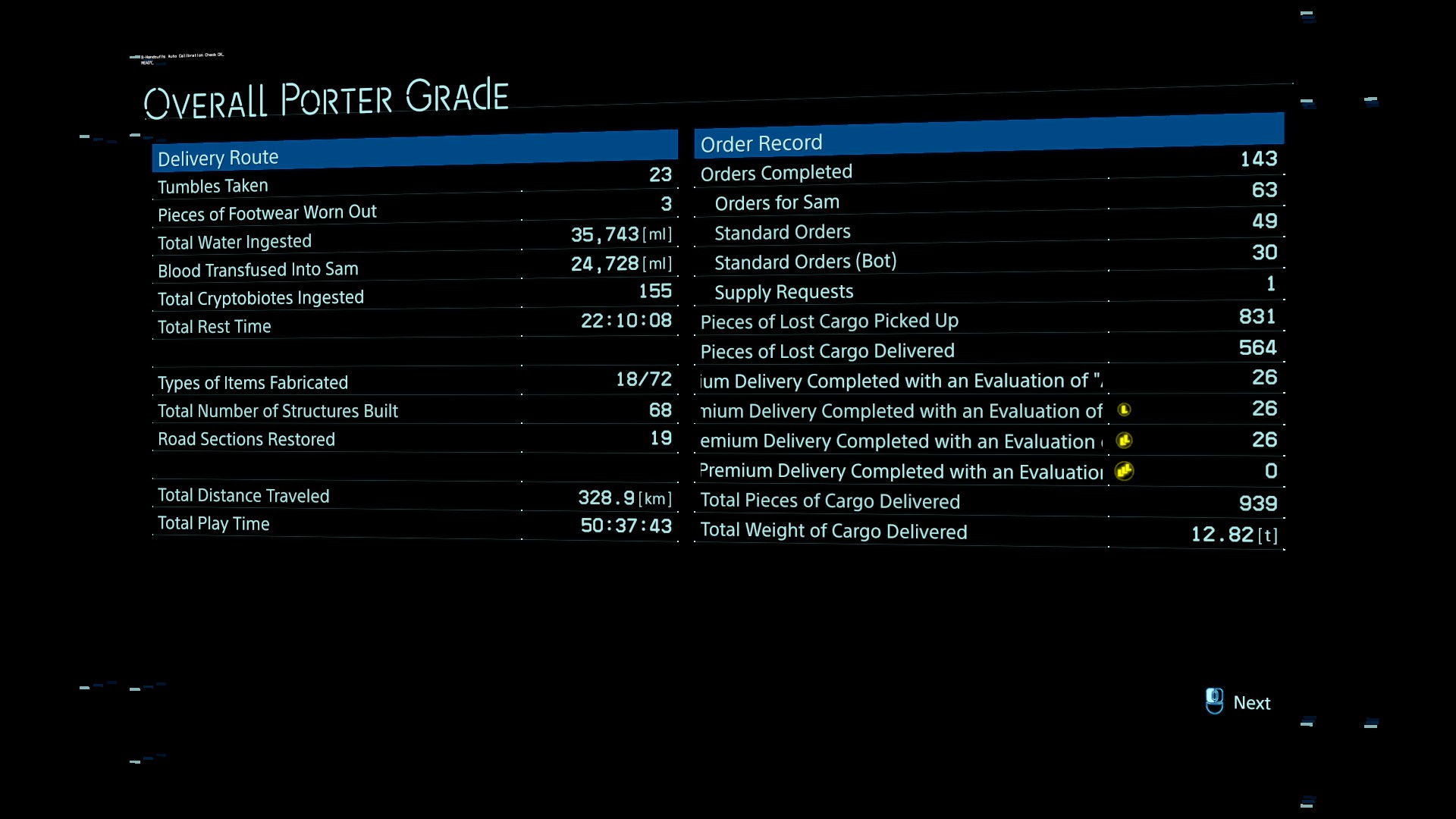 In conclusion, critics were right. Gameplay-wise this is just a walking game. I find it kinda hard to recommend to other people, since they might be looking for something more dynamic or less repetitive. But for me, it was exactly what I wanted and expected, and I couldn't be more happy about it. Thanks to my Discord friends for playing it with me, I streamed my gameplay for them and around the last game delivery I decided to equip some sunglasses on Norman Reedus. After a 10-minute dramatic scene, it ended with a fucking close-up of the MC's face and oh god it felt fucking clownish with the stupid sunglasses what a fucking mistake. Anyway thanks for reading.